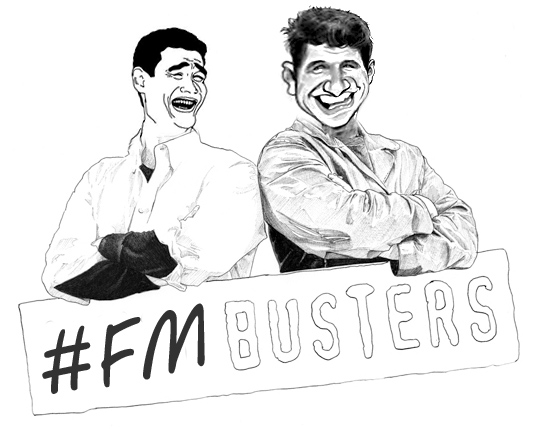 Football Manager fans spawned many myths throughout the game releases. Many of them were conceived after reading rhetoric about the game by the developers, intended to make people think the game is even more realistic than it actually is. Having a long and successful experience in the game helped me test and learn even more things during my confrontations with real users on Football Manager Live, techniques which I now employ in FM15.

The 10 things I never do on FM15, yet I’m very successful (by Valex Ferguson)

1. I never change mentality during a match

The devs want to make you think you behave like a real manager just to give you the sense that the game’s getting closer the real thing. But they said that Player Roles include both the defensive and offensive instructions just like in real life, so that helps a lot. I only have to adjust the transition phases when setting up a tactic, leaving the rest to player roles. My philosophy is pretty direct, and that works well in FM15 if you know how to set it up.

I found this has been seriously biased in the latest release. Morale has become even more important than it was in FM14. When making a substitution have in mind that a player’s Morale and Current Ability will have your team’s overall recalculated and it will highly influence the outcome of your match. But 3 subs at once tend to unbalance your team most of the times – I’ve learned it the hard way. Also Sod’s Law guarantees you will almost certainly receive an injury in the highlight after your three players come on.

Team talks are essential for success in FM15, as they are one of the most direct ways of affecting Morale, a powerful variable in the match engine. There’s no way you can leave your assistant handle them if you really want to achieve the best possible results. Touchline talks can do more harm than good if you ask me. They require a lot of testing as they will constantly change they way they affect your players’ behaviour. If you don’t know how they work you’d better stay away, it’s not obligatory to use them.

As weird as it might sound, they will actually have an effect on your long runs. Unambitious players can suffer a morale decrease or get switched off as a result of they way you handle media interactions. I never let my assistant attend press conferences, but if I feel like skipping them I’ll just click on the 2nd or 4th answer randomly – this way you can’t do much harm.

Assistants never know how the game’s best setting this year will be like; this is why I don’t trust them. Many managers might suggest using fitness as focus in the pre-season, but that’s not the most efficient by any means. I usually set Match Training to 50% with the focus on Match Tactics during pre-season. That gets changed after the official matches are starting to Attacking Movement, also lowering the intensity to 30%. But General Training always stays focused on Team Cohesion.

This is purely a myth, and goes along with using the player on its natural position. I always use the same player roles that tell players exactly how to behave during the transition phases. Changing roles only to suit individual’s attributes is purely going to make you fail. Regarding natural positions, try to figure out where you player can perform and how good he is on different positions. I’ve trained natural centre mids or wingers as full backs, having them perform incredibly well.

7. I never start a player with a condition lever lower than 89%

Unless I’m left with no choice, but this shouldn’t happen too often, if at all. My tactics are usually very demanding and a player with low condition won’t perform effectively. Morale and Condition are the two things to follow when selecting your match squad. One’s value can be less important if the other two are much worse.

Mainly because there’s plenty other better ways of making money. Secondly, because I prefer having my players gelled faster. And finally, because of my overriding desire to keep the morale as high as possible.

9. I never use opposition instructions

Opposition instructions will change your tactics and confuse your players. You just won’t have a regular style if you keep using them. During short-odd matches you might want to give one or two to try and stop a quality player, but I don’t usually bother. I’d rather rely on my tactics, and win or lose knowing exactly why.

10. I never have team meetings unless I really need them

Because I don’t want to find myself unable to have a word with the squad when I’m desperate to increase their morale. I only use them before extremely difficult matches or when my team’s morale is down and I can’t really up it enough using the other methods.

I hope this will help you clear your mind. By the way, I’m just planning to update my FM15 – Can’t Win to Champion eBook later tomorrow. I’ll include the new supertactic I’ve set up.