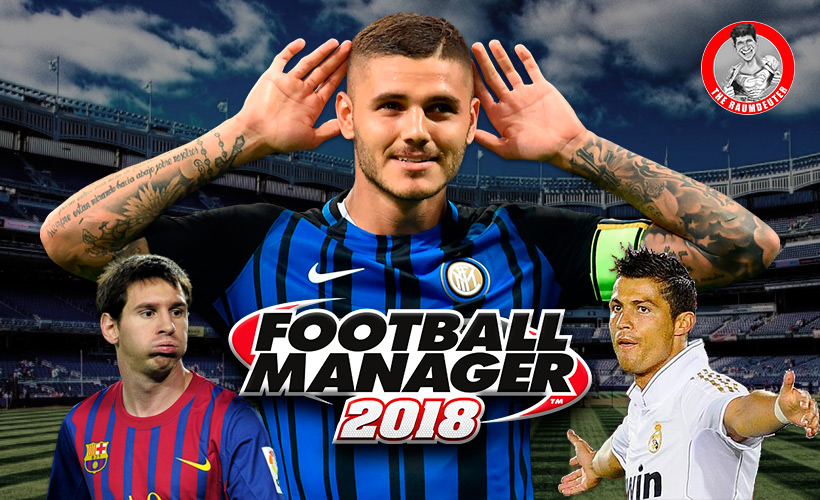 Hi there Nerazzurri and FM 18 hardcore fans. Greetings to you all! It’s my pleasure to present you the outstanding peformance of winning the Italian Championship undefeated with Internazionale Milano, in the first season.

These are the things you will learn after reading this post:

This was my first full season in FM 18: I won the Serie A title (and the Coppa Italia) at Inter finishing the season undefeated: 9 games drawn, 29 won. Previously I just tested tactics managing various clubs trying to find this releases’ soft spot. I’ve got to admit, unless I pick one of my favourite teams, it’s kind of hard to concentrate enough to achieve tremendous success in Football Manager 2018. That’s mainly due to the fact that playing the game the right way – which also happens to be the hard way – is very time consuming. And I’m pretty short of time lately.

But I can tell you that FM 18 isn’t disappointing…

This is no exactly a FM 2018 review but a list of interesting changes in this year’s release. The FM 2018 new features aren’t mindblowing but I wasn’t expecting them to be like that anyway.

Now let’s get down to business! I’ve got to admit I wasn’t too busy in the mercato. I’ve let Nagatomo go for £5 million and brought only 4 players (spent just £5.5), out of which one was loaned in and another couldn’t be registered so I’ve sent him out on loan. Got him on loan with a £10 million Optional Future Fee. Unfortunately he damaged his cruciate ligaments on April the 1st (not joking) and the spell was interrupted by the AI. Otherwise I would have definitely signed him for that fee (he was capped twice for Italy under my command). Mr. Nice Guy is half Argentinian and half German. Picked him up for a measily £2.5 million before he got the chance to sign a new contract with Gremio. He is one of the recommended signings in my recently published FM 2018 eBook. He made it into the Serie A Team of the Year, which is not too bad. Guess how much I had to pay to sign the 2016 African Champions League winner you’ve probably never heard of? Half million pounds. His wages you’re asking? £900.000 per year. He might not be a world beater but he’s been my number one AMR and an occasional striker. As Billiat is non-EU and Inter have already signed Dalbert in this window I couldn’t register Chumacero, but he did play a few games for Napoli. I reckon he’s going to outperform the South African right winger. A £500.000 bid was enough for The Strongest to say yes. Best part: He’s on a £400.000/year salary. Beat that!

‘Tactics, what about tactics?‘ I hear your asking… After spending 200 hours on FM 18 I can gladly say I found a few tactics that suit this match engine. You will find the three tactics I used in this save inside FM 18 Can’t Win To Champion – this years’ release of my annual FM eBook. Best of luck!

FM 2018 is a bit more flexbile than its predecessors, in the sense that you can have succes with multiple formations: One, two and three striker formations can be used successfully. Not sure about strikerless though, but I believe it could work as well.

Also, shorter passing can work, as well as direct passing, so this gives us a lot of freedom to experiement different playing styles…