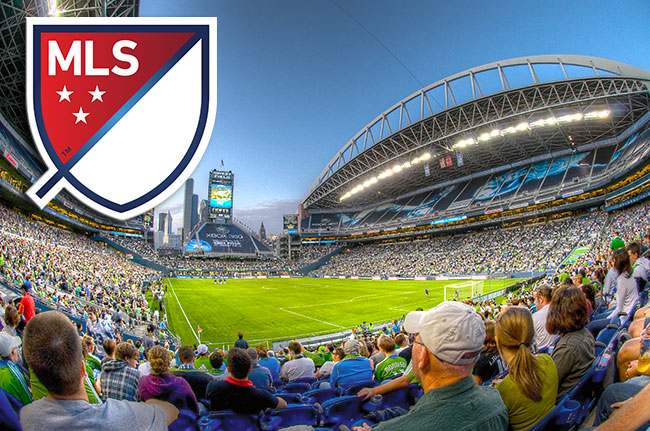 European Players, Staff Members and Fans are becoming more and more interested in the MLS. However, terms like Salay Cap, Trade, Designated Player or Draft are mostly unknown to them. If you are planning to start an MLS save on Football Manager without knowing too much about how the MLS works, you came to the right place.

If you have no clue about how the MLS operates, you will easily get confused by the rules and regulations. But don’t worry, learning the MLS way is like learning a board game (Monopoly). You pretty much have to know the basics and get on with it, then learn the rest whilst playing.

I would advise you to start a new MLS save to be able to confront the things you see here with what’s shown in the game. Here are some of the things you want to learn first: The total of 20 teams are split into two different conferences (West and East). Each of the 20 MLS clubs will play 34 games, 17 at home and 17 away, according to the following rules:

1. Clubs will play each team in the opposing conference once for 5 home and 5 away matches

2. Clubs will play each of their nine conference opponents at least twice, home & away

3. Clubs will play six additional intra-conference games – 3 home and 3 away

The MLS Supporters’ Shield is an just an overall table, which displays the teams from the Western and Eastern Conferences into a single table, sorting them by their number of points.

By winning the Supporter’s Shield a club will get: allocation funds, a spot in the NACL (CONCACAF) and a spot in the MLS Cup – Conference Playoffs.

Twelve teams, the top six from each conference at the end of the regular (MLS) season, qualify for the MLS Conference Playoffs.

The top two teams from each conference qualify directly for the Semi-Finals. Teams who finished 3rd, 4th, 5th and 6th will will play off against each other (Wild Card) and then join the other teams in the Semi Finals.

The winners from each Conference Playoff will face each other in a one-leg final, called MLS Cup. This is the last stage and the last match of the MLS. The winner is awarded a berth in the following year’s CONCACAF Champions’ League.

The US Cup has the same format as the English FA Cup, where teams from all the american lagues face eachother in a knockout competition.

MLS sides Montreal Impact, Toronto FC, Vancouver Whitecaps FC and NASL sides Ottawa Fury FC and FC Edmonton will compete in the Canadian Championship rather than the US Cup – and the winner of this competition will be awarded the Voyageurs Cup and a CONCACAF Champions League slot.

Cascadia Cup is nothing more than a view (technically speaking), showing a table where you and your rival clubs are monitored when played against eachother.

The words highlighted with green represent the types of contracts a players can be on. The only type missing from the bellow list is the Senior type. Continue reading to find more details.

Only some of the players’ wages are being taken into consideration towards the cap, staff members (and some players’ contracts) do not count against the club’s salary budget. Find the details for each contract type bellow:

The Salary Cap can be increased (per season) by trading Allocation Funds. It can be done the same way you would adjust the budgets of a european club, transferring money from the Wage Budget to the Transfer Budget. In this case you will have to transfer from the Allocation Funds to the Salary Cap.

Designated Players 20 years old or younger count as $150,000 against the club’s salary budget.

The budget charge for the midseason signing of a young Designated Player (23 years old and younger) is $150,000 and this amount cannot be lowered with allocation funds.

Clubs will not have to buy the third DP roster slot to accommodate Designated Players 23 years old and younger.

Consider Allocation Funds as a transfer budget. You can use this money to either trade/transfer players or to increase your Salary Cap for one season (in the Board page).

These funds are awarded yearly according to your competition performance, and can also be used to pay transfer fees, loan fees, agents or signing on fees. But prize money is not the only way you can acquire them; you can increase your funds by selling players outside the MLS (the league will charge a commission between 33%-25%) or by performing internal trades.

MLS clubs can trade the bellow 4 things in any possible combination:

Internal MLS player transfers can only be performed by trading. There are three types of drafts in the MLS, so let’s have a look at what each represents:

The Superdraft is definitely the most important one. In-game you will have it for the first time after the first season ends. It usually takes place in January, where teams can pick players from the regen pool, and from the unattached USA players. Players on Generation Adidas contracts can only spawn here. The draft picks order is decided according to the previous season’s inverted league standings (last team gets to pick first).

The Waiver Draft is used for players that clubs have released (waived), usually because they were unable to sell or trade them. You can basically waive players at any given point in time, just by excluding them from the registration list. However, excluding them between some dates will cut all or part of their Salary Cap Impact. You will get notifications about these dates in your Inbox.

The Re-Entry Draft takes place just after the middle of December. In this one you will only find players that have just been released after the end of the season.

I hope that you started to understand how the MLS works.

If you want to find more information about the MLS Rules and Regulations, please visit: http://pressbox.mlssoccer.com/content/roster-rules-and-regulations

If you wish to continue learning a thing or two about the subject, consider reading this post: 10 Tips For Starting an MLS Save on FM16