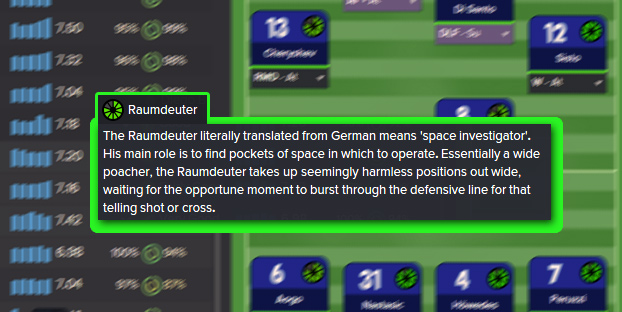 Here you will learn how to build your own efficient FM16 Tactics. Find out what you need to look for and how to get it right!

I can imagine that building a new tactic from scratch can be a very time-consuming effort, which might not lead to satisfactory results in most cases. However, an individual that possesses basic tactical football knowledge and has a bit of Football Manager experience should be able to nail it in a few weeks.

But FM16 is much more difficult and challenging than the previous editions. You need to understand the Roles and Duties. Read the in-game description for each and try to analyse them on the pitch. You then need to understand Mentality and Team Shape. After that, combine common sense with analysis and you will eventually pull it off. (taking notes can help a great deal) I came with these conclusions after playing a bit of Football Manager 2016:

Once you’ve realised how the Match Engine works, you have to design tactics that will take advantage of it’s preferences.

Now you have two choices. One would be to focus on a more attacking approach, knowing you will concede but thinking to score more than the opposition. The second option would be try and keep things tight at your back, attempting to block the most vulnerable scoring threats while relying on counters to score.

These are some of the things you have to consider when sketching your formation and assigning roles:

Check if your players are suitable for the Match Engine (and for your tactics):

Ask yourself all these questions and anything else that comes through your mind. Analyse, take notes and try to find the most adequate solutions.

Use the 2D Camera to get a clearer idea of what’s going on. Get the formation and roles right first, then worry about tweaking the team instructions. Start with no team instructions and tweak them only after analysing your team’s performance. Don’t expect to annihilate the most common goalscoring methods, but focus on trying to reduce them.

And remember this: when a player is being asked/trying to do more more than he’s capable of, the team’s performance will suffer. And it’s your fault, because you are his manager. If he’s a poor player, then, why do you rely on him? Or if he’s lacking some qualities and you’re not preventing him from dwelling on those, it’s also your fault. So, regardless of who’s fault it is, a player should not be asked/allowed to do more than he is capable of!

However, if you haven’t got enough time or patience to test tactics till you succeed, download FM 16 – Can’t Win To Champion. You’ll find 1x Home Tactic and 2x Away Tactics that work like a charm in Football Manager 2016.