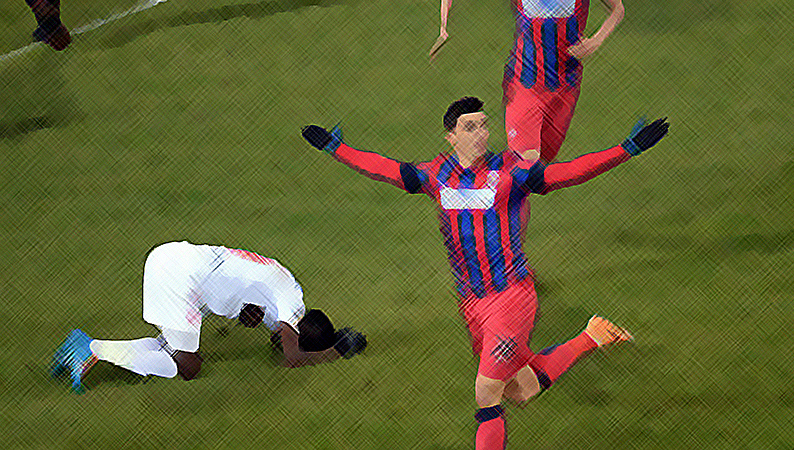 Romania’s top tier division will be facing a historical change next season. The 1999-2000 Liga 1 season featured 18 teams. The number of participating clubs was reduced by two in the next campaign. But guess what, the competition format was changed back to the 18 clubs  system in 2006, and it has been like that ever since. Next year it will be a totally diferent story however: 14 teams, a play-off and play-out format. So, the only way to free those slots is to have 6 teams relegating this season! That makes it quite an interesting challenge on Football Manager 2015.

Just by having a quick look you will realise how much pressure you’ll be under.

The club was expecting me to win the league title and the cup. They also demanded the club should qualify for Champions League Play-offs. The league cup was neglected as they didn’t see it very important. Regarding philosophy, they only want the club to sign senior players as they don’t care too much about youth: a tough taks if you look at the almost inexistent transfer budget provided initially.

Normally, you shouldn’t have these expectations as a professional. Generally, when you decide to rebuild a squad you are aware your performances will suffer. And considering how much Steaua is underrated in the game compared to Astra, this becomes even more difficult. But I decided to try and stretch the game limits. How would you rate this player?
Find his first season stats in the last part of the article to see if you got it right!

My standards are pretty strict. I started by trying to get rid of uneven players. I wasn’t lucky enough to get rid of everyone I wanted to, but it worked out decent enough. Lost Latovlevici due to his contract running out and high wage demands. Chipciu left only because I received an offer that was too good to refuse. I also released almost the entire U19 squad. My first two signings were a couple of promising players. I’ve bidded for a few more but without much luck. Then I got Inter’s legend, Adriano – couldn’t resist the temptation. I knew his Natural Fitness attribute of 1 would cause problems, but I felt I had to take the risk. After that, some agent offered me Italo Melo, and I decided to give him a two week trial – signed him righ after playing his second friendly. Got a couple of full backs on loan, Henrique and Sabri. Finally, I had big hopes with Valentin Lazar after my €1.1M bid was accepted. The interesting left winger scored on his debut, but broke his leg only after playing 76 minutes for the club. He was out for 5 months, so his contribution for this season was basically gone. Steaua’s staff is probably best defined by the word usleless. I had to spend a lot to release and sign. Got an Assistant Manager, loads of decent coaches and scouts. I remember how I couldn’t even sign the first staff memeber I intended with the money left after releasing the former staff members… there wasn’t a penny left.

I was forced to sell my towering centre back Lukasz Szukala for €275k, only not to lose him for nothing as his contract was running out. Loaned out a couple of promising players I just signed, Hyago and Cristian Manea. Adriano also had to go on loan to regain fitness – but will he ever?

Bought a brazilian nice pair of centre backs, Erico and Fabricio, completing a full brazilian defensive line with Dimas, a great right back I got for free. I was forced to sign the best Romanian goalkeeper – Silviu Lung jr – thinking about Home Ground regulations. One of Astra’s best scorers, Kehinde Fatai, signed with the club for cheap as he was already eligible to sign a pre-contract. Gonzalo Espinoza proved to be the ideal defensive midfielder we were looking  for. I used three tactics during this save. All of them on Attacking mentality, and Very Fluid shape. The one shown below is a slight variation of my main tactic, which can be found in the FM15 – Can’t Win to Champion ebook. I’ve used this formation for roughly half of my games, equal to the strikerless tactic also presented in the ebook. Another slight variation also helped to put off oppositiong scouting and maintain longer winning streaks. This Best Eleven looks weird, as Italo Melo has never played on the DM position. It’s probably happening because my constant change between strikerless formation and lone striker ones.

We qualified to the Champions League Group Stages. Managed to get 5 points from a tremendous Group in the company of Arsenal, Juventus and CSKA Moscow:

I was very close to get 6 points against Juventus. After my 2-1 win at home, they managed to equalise late in the other game. I wasn’t too lucky to get these 5 points if you’re still questioning it. I did have a chance to get through this tough group. After a perfect first half, CSKA Moscow made a fantastic comeback, scoring three goals to rescue a point. During the winter break I was closely following Astra, with only a game behind and 3 points difference. Things changed quickly afterwards. Making quite a few more transfers and having injuries contributed to a very poor run I had: lost 4 out of 5 consecutive league games. I was 11 points behind the leader.

But afterwards, using all the techniques mentioned in the FM15 – Can’t Win to Champion ebook, I quickly managed to boost my team’s morale, only to obtain 11 wins and 1 draw to win the title in a true Turkish Comeback manner: I completed the treble by winning the Cup and the League Cup in the process.

Claudiu Keseru – as ST and MC

Kehinde Fatai – as MC and ST

Henrique – as LB and WB

Dimas – as RB and WB

Adriano never got fit… but despite scoring 4 in 6 I’ve loaned him out; he isn’t worth his wage. My other strikers got a 1 in 1 goal rate as you’ve seen, therefore he’s surplus for our team.

Humam Tariq, Gabriel Iancu, Nicusor Stanciu have developed nicely and I’m sure they will have an even bigger impact next season.

Even if I’ve put together quite a strong team already, I’ve got some more transfer plans for the next season. There core is there, I only need a few more options. My defence is solid and my strikers are just awesome. I only need to strenghten the left wing, but if I can find better options for the other positions, then why not to go ahead as well?

Earlier in the article I was asking you to rate Adrian Popa, did you get it right?

This post was just about the first season, but stay tuned because there’s more to come. All the skills and techniques I use to achieve success in Football Manager 2015 are available for you to download. More great stories to follow soon, so make sure you Follow @dieRaumdeuter if you enjoyed the read!