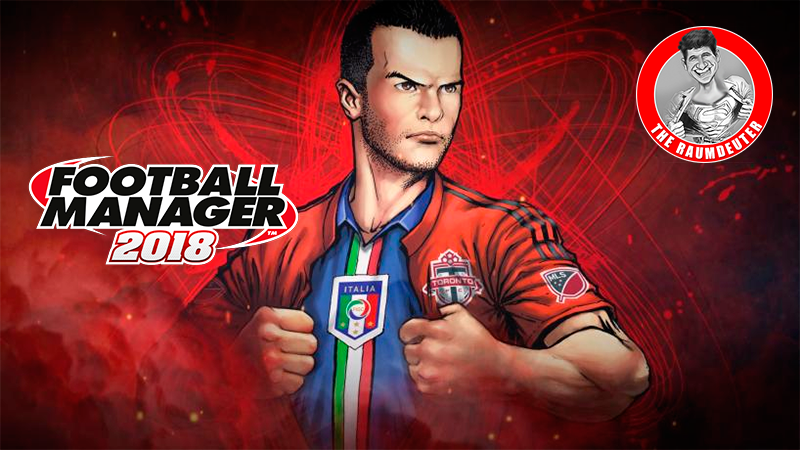 Have you ever wondered if two-footed players could be much better than the regular athletes in Football Manager?

I always thought about this and fortunately I’ve now had the time to put this to the test, so I’ve started a ‘Create a Club’ save in order to try to see how good two footed players are in FM 18.

That was when ‘Two Footed XI’ was born, a club that replaced Gelsenkirchen (Schalke 04) in the Bundesliga only to win the competition in the first season, ending the mighty FC Bayern’s domination in German football. At the end of the article you’ll find a collection of Two Footed XI’s best goals in 3D.

FM 18 Two-footedness: Everything you need to know

You may have noticed that the AI often suggests ‘show onto weeker foot’ foot as an opposition instruction for some players. Well, if you have a two-footed player you can turn that into an advantage as he will be more likely to find space to cross or go past his man.

In FM 18 you can ask a coach to help a player develop his weaker foot: go to the ‘Development’ panel on a player’s profile page and click on ‘Request From…’ under ‘New Player Trait’, then hover on a coach and select ‘Technique Training’. You will see an option that says: ‘I would like you to start coaching X to develop his weaker foot.’ Sometimes you’ll get a negative answer, but feel free to ignore it and ask the respective coach to do what you asked him to.

What’s the catch: The ability of each foot takes Current Ability (CA) points, just like any other attribute (such as Marking, Acceleration, Determination etc.) so theoretically you’ll have to accept that some players will fail to develop this skill if their Potential Ability (PA) has been reached. Take note that sometimes developing the weaker foot might remove some points from your other attributes, so don’t start panicking if you see that happening, it’s normal.

Observation: Fairly unambitious players with average-low determination won’t be able to keep their morale high as much as the driven characters. Strikers with low morale will have real trouble scoring, but motivating them through press conferences and private chats can help.

I’m only telling you this because I’ve had quite a bit of trouble in putting together an ambitious squad because, you know, there aren’t that many two-footed players for every playing position. Be wise and use morale boosting techniques pretty often if you find yourself in the same situation – it will help a great deal.

FM 18: How do you check how good the weaker foot of a player is In earlier FM version you could see this in the ‘Overview – Information’ panel, but now you can find how strong each foot of a player is by accessing the ‘Development – Tactics’ menu on his profile page.

I won’t include Sebastian Giovinco, Timo Werner, Jonny Evans, Marcelo Brozovic and the other top class players you already know really well, but some of those you might want to consider to sign from now on your saves. Mind that their transfer value skyrocketed after we won the title and the domestic cup (they’re value doubled just like that and in some cases it almost tripled). Spledid Villarreal inside forward who can operate on the wing or upfront, delivering assists and scoring on a regular basis. Towering Celtic centre back that proved to be an excellent rotation option. Two-footed players are awesome in FM 18: they are very likely to take the best decisions in terms of passing, first touch and finishing. A two footed team’s passing lines will be very different from a regular side’s trajectories.

A pacey two-footed player will often have an edge on the defender, hence why he’ll find no trouble in repeatedly beating his man. Central mids who can use either foot to pass will find almost every free space in the opposition defense and therefore will send killer balls more often.

Forwards and wingers will find themselves in many more positions that allow them to attempt a finish, especially from slightly wider angles.

You should consider buying FM 18 players who have ‘Either’ as their ‘Preferred Foot’ for almost every playing position – apart from centre backs and goalkeepers that is.