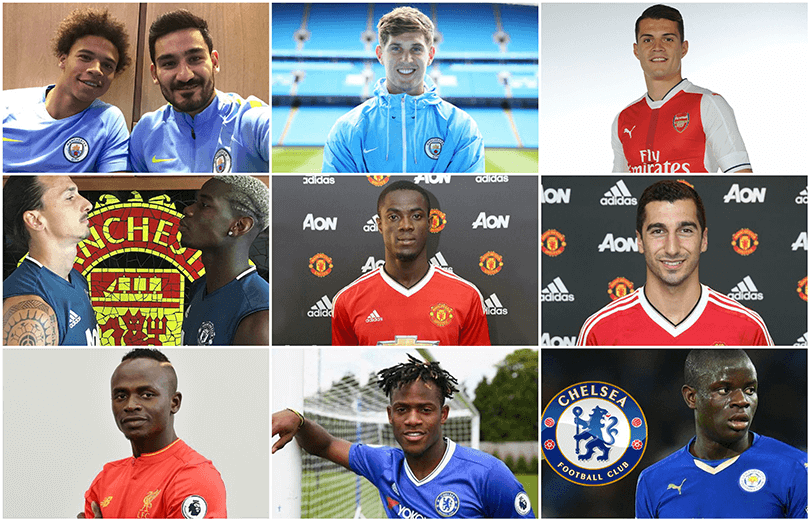 Who will win the Premier League in 2016/17 according to Football Manager? Having all the transfers up to date, including Pogba, Stones and all the others, I ran a simulation to see how this season would end up on the game.

Check out the final Premier League standings, the Dream Team, who were the Top Scorers, how the 10 biggest transfer window spends (as of today) performed and which teams won the Champions League and the Europa League… and the Zlatan GIF!

In real life, most punters backed Guardiola’s Manchester City to lift the thropy, mostly due to the Catalan’s impressive record as a manager. But let’s see the outcome of the simulation performed using Football Manager 2016: Mourinho’s men (or better said Zlatan’s men) clearly dominated the season, finishing 12 points clear to Arsenal. Neither Guardiola nor Conte were able to put up a proper fight with the reds, whilst Klopp’s Liverpool finished just after the big four.

Both European Cups are at Manchester

Guardiola’s won the Capital One Cup and brought home the UEFA Champions League trophy after defeating his beloved former club Barcelona in the final. Funny enough, the winning goal was scored by an ex-Barcelona player as well. Interestingly enough, Ibracadabra missed his penalty during the shootout, but his team won after Bayern’s sweeper-keeper Neuer failed to find the net.

Premier League Team of the Season

And the top scorers…

Surprising as it might be, despite Jamie Vardy having partied 20 times, he couldn’t make it in the Team of the Season.

(GIF) Zlatan is the main man!

Check out this beautiful 20 yard effort from Ibrahimovic!!!

How the 10 biggest transfer window spends did

Believe it or not, only 4 players averaged over 7.00. Xhaka and Sané weren’t given the chance to prove themselves, totaling just 9 Premier League Apps inbetween.

The best performers were…. a couple of centre-backs: Stones and Bailly. Pogba and Gündogan also did pretty well, but the positives end here.

Zlatan averaged 7.69, scoring 24 goals and sending 6 assists in 35 Permier League appearances. Ibra also banged 9 in the Europa League and sent another 6 assists there.

Funny enough, not only he came on a free transfer, but he already brought loads of profits to the club – generating shirt sales in excess of £80 million up till this moment!