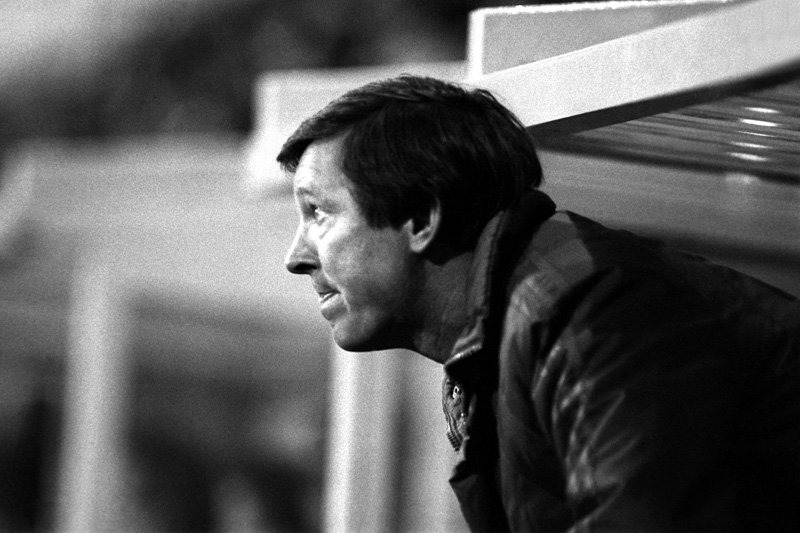 Who Was Manchester United’s Engine?

Most coaching course teachers use Sir Alex Ferguson’s era at Manchester United as an example of an excellent managerial career. You could say it’s become a landmark. Most of the students probably look at it hoping to reach the crest one day. But it’s big, really big. It feels like some of Messi’s records – unbeatable, out of human reach. Considering his style wasn’t based on all the modern technological means we have today, United fans should be left with a bit of hope.

Most people jump of excitment after their favourite team signed a superstar. But why are they so sure he will boost the team’s performance? Superstars can cause a lot of problems. And even if they perform well, it’s still possible they deteriorated the atmosphere in the locker room.

Sir Alex did have a soft spot for top class strikers. However, he could easily solve any discipline problems with the help of the famous hair-dryer technique or by kicking boots at player’s faces. ”He was around 12 feet from me. Between us on the floor lay a row of boots. David swore. I moved towards him, and as I approached I kicked a boot. It hit him right above the eye. Of course he rose to have a go at me and the players stopped him. ‘Sit down,’ I said. ‘You’ve let your team down. You can argue as much as you like.’” said Ferguson.

I believe the main reason for the club’s success was the way the UNICEF Ambassador filtered his player selection. He managed to overcome opposition’s better individual squad just by signing players that would impress at precise particular areas of the game. He didn’t focus on building squads of just good overall players. His main goal was to get the players that would better fit his tactical demands.

Many fans, journalists and even managers think too much about what players are capable of doing with the ball. Fergie’s approach seemed to have been a little different. Why do I think that?

Remember how Utd used to start those forward runs right after someone made an interception? That was probably their most lethal weapon. And im not neccesarily talking about counter attacks. This was their mentality, their philosophy and the way of showing their dedication towards the manager and the fans.

Of course, they knew Sir Alex wouldn’t tolerate a lack of work rate, and some were even scared of his techniques.

When asked to describe the hair-dryer treatment, Mark Hughes, former United striker said: “He would stand nose-to-nose with you and just shout and bawl, and you would end up with your hair behind your head.”

England captain Wayne Rooney about the hair-dryer: “There’s nothing worse than getting the hairdryer from Sir Alex. When it happens, the manager stands in the middle of the room and loses it at me. He gets right up in my face and shouts.”

10 headless chickens won’t achieve much just by running! The way those players ran on the pitch after one of them picked up the ball was key.

Moyes was underperforming, right? Well, I wouldn’t say so. I believe he was working at his highest standard, but Fergie’s importance was neglected or not taken into account. We could say Manchester United was underperforming as a club by choosing Moyes.

I was always wondering how the scotsman made the team play so good every year. And even though he didn’t have the most valuable first 11 in the league, he won the competition many times being in that scenario.

Won’t bother judging van Gaal yet. It’s probably too soon. But what I’ve already noted is the poor transfer campaign and squad depth.

It seems that Fergie’s suggestion to stand by the new manager was dismissed.

United must adapt. Either change philosophies or change the manager. Unless they can find someone similar to Ferguson they should change the approach or at least the short-term expectations. And I know there’s many if’s here.

But do you think that Fergie would have signed Mata?