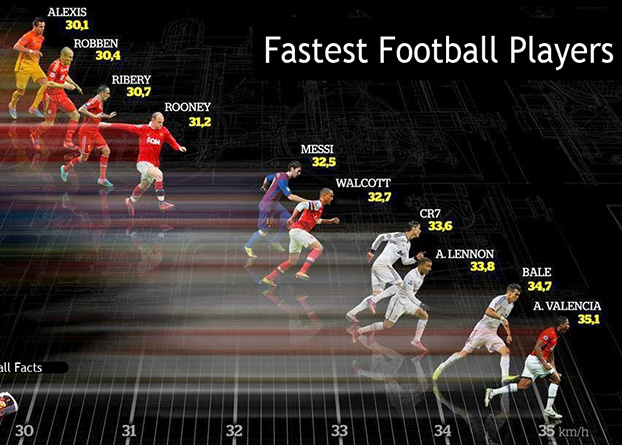 Football Players’ Top Speed – Who is right, FIFA.com or FM16?

Cristiano Ronaldo or Messi, Bale or Alexis Sanchez, Walcott or Robben? These are the types of questions that can easily be turned into bets. Friends have different opinions, it’s normal. But when it comes to deciding the winner, which of these two will you pick as the referee: FIFA.com or Football Manager 2016?

Top 10 Football Players
with the highest recorded Top Speed in 2015:

*maximum Km/h recorded in 2015 according to FIFA.com stats, extracted from their own tracking system logs – first published by Mundo Deportivo;

We can clearly see that the values listed by the two giants are not relevant to eachother. But how can we tell who is right?

The Scandalous Case of Hector Bellerin

Just in case you made your mind up and you know on which side you are, get ready to be discouraged. 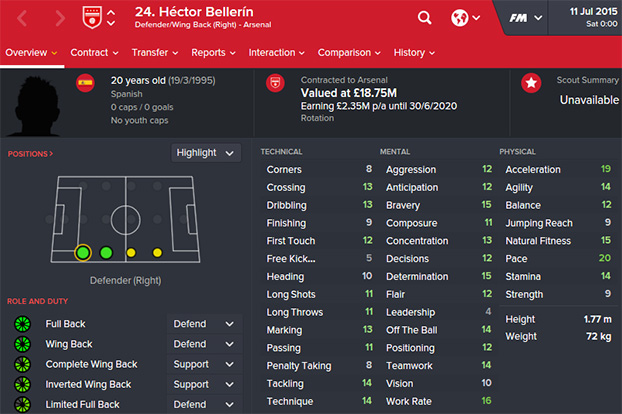 ‘If Bellerin had been line up next to Usain Bolt in 2009 when he set the current world record of 9.58 for the 100m, at the 40m mark the Arsenal man would have been two metres in front of the Jamaican, whos IAAF split time was only 4.64s.‘ according to mirror.co.uk.

Have in mind that 40 meteres is above the average distance covered in sprints during football matches. Okay, we can say that Bellerin’s record was a one-off, without mistaking. But he should be able to get similar times, let’s say between 5-10% slower during regular matches. That would still be enough for him to be in FIFA.com’s Top 10 list. So, why isn’t he there?

In first instance, you would have probably thought that FIFA.com’s stats were relevent, whereas the FM16’s attributes were skewed. But after considering the fact that Bellerin is clearly more accurately evaluated by Football Manager 2016, where do you stand?