Michael Owen revealed this week that he has only watched 8 films in his life. They are:

He wonders why he’s so boring, SUCH a drag to listen to the extent the man has received commentary coaching. The mop needs someone to teach him to sound exciting talking about the game that he has played for his entire life. 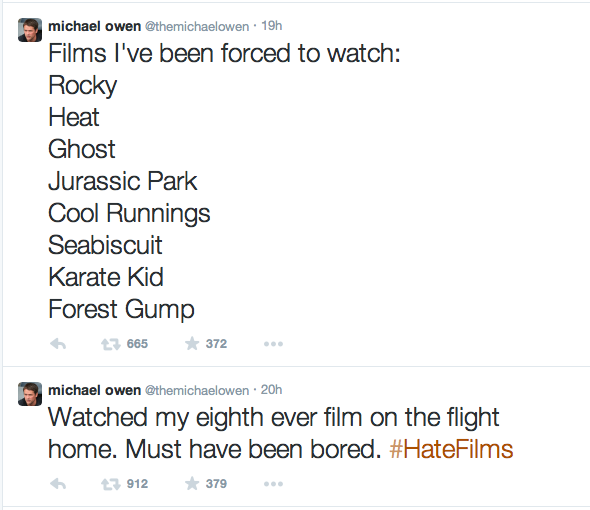 The point of this tirade? I’d like to talk about diversity.

A head to head with Mario Gotze

Mario Gotze, scorer of the extra time winning goal in 2014’s World Cup final, has been boxing for the past few years, after a serious injury that he had doubts he’d be able to return from.

Gotze says of his hobby: “A boxer needs a lot of fighting spirit, lots of ambition, and will power. And those are the sort of qualities you need as a footballer”. His pastime has actually improved him as a player, and you can see these dogged fighting qualities in Super Mario’s game play since his return.

The difference between someone like Owen and someone like Gotze is that the former started as a sponge and the latter a blank canvas. Owen mastered the fundamentals of his game a long time ago: how to finish, how to get into space, how to beat a man for pace. He lost the last one after a second major injury and just got better at the other two. He was taught well as a scholar and that coaching has remained within him since before he was in Hero to Zero.

Gotze on the other hand is a work in progress. He’s adding and cutting skills from his game to suit his needs on the fly. While well coached he realised that to progress as a player you have to build upon your game; once you’ve mastered certain abilities you HAVE to learn others. With a sponge once you’ve been loaded to critical mass you’re simply full until you wring the whole thing out, but with a canvas you can paint over at will while still remaining coherent.

Owen’s tragic experiences in Madrid have been reported many times, but let’s look at that passage from his book just one more time as they really sum the man up perfectly. There are three particular quotes that really take the biscuit. 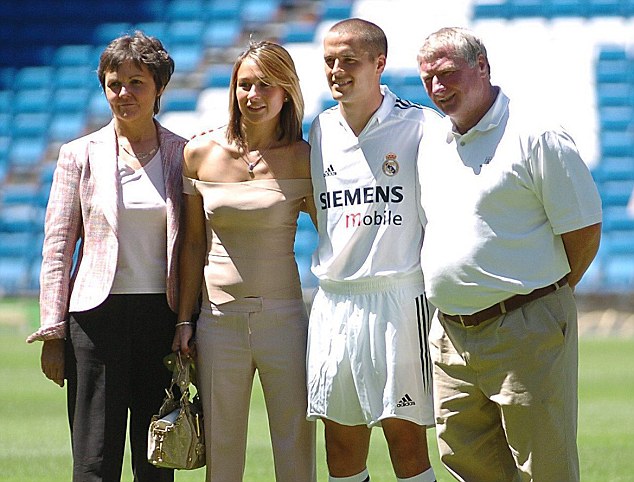 “It was murder. For three and a half months, Louise, Gemma and I were in a businessmen’s hotel in a quiet area .”

Owen stayed in a hotel for three and a half months with his infant child and wife. What he doesn’t mention here is that Madrid’s Player Liaison Officer had offered to find him a house, but oblivious to the fact that English newspapers were available in many shops and tobacconists Owen wanted to remain close to the airport, where he knew he could definitely get them.

“I felt awful leaving for work at 10 every morning. Coming back at 1pm, I’d often find them bored to tears.”

What’s entertaining and lasts about 2-3 hours? Oh that’s right a FILM. Shame they’re all shit apart from 8 which are alright, Lou won’t be watching any of that nonsense. The gall of anyone complaining about a job where they only do two hours of work a day and that two hours is spent PLAYING FOOTBALL is even more infuriating.

“So we went out and about in Madrid, locating the parks and all the landmarks. Even then, it would be lights out for Gemma by 7.30pm, and Louise and I would tip-toe round in the pitch black.”

I really feel for Louise. All it would have taken was for Michael to watch Volver, Women on the Verge of a Nervous Breakdown, or in fact pretty much any Pedro Almodóvar film and his time in Madrid, his career and his life might have panned out a lot better. He had the gall to warn Gareth Bale about the slow pace of Spanish life after joining Real Madrid, but it looks more like the pace of went out of Michael’s own life at the same time it went out of his hamstrings.

All I’m saying is watch a film Mike, seriously.